Pharma is Doing Much More Than Battling COVID-19 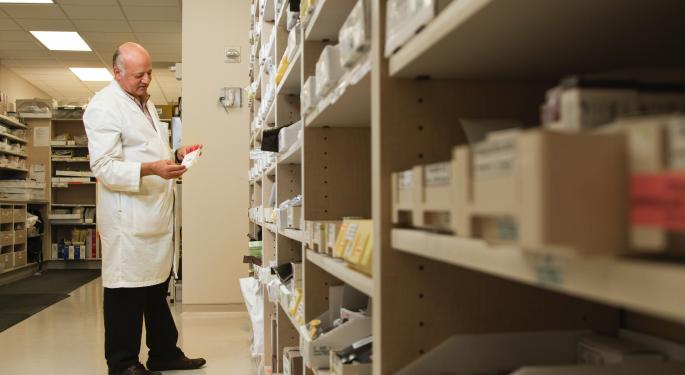 Big Pharma companies are often criticized for trying to make the world too reliant on their products. There are also many who oppose the idea of a mandatory vaccine against COVID-19. But the bottom line is that it is up to these companies to restore a new normal by battling and protecting the world from COVID-19. Moreover, it is also up to this industry to ensure our optimal health in the long-run.

The merger of Pfizer’s Upjohn business with Mylan N.V. along with the potential of its COVID-19 vaccine candidate that it’s developing with BioNTech makes Pfizer one of the potential winners. Yet, Sanofiis considered by many to be the closest to developing the vaccine as last Friday, Paul Hudson said in an interview that early data further increased its confidence. Back in July, the company announced it is 70% more likely to create an efficient vaccine than its rivals, in part due to its experience in vaccines. But also last week, the EU announced it will be only partially cover vaccine makers against legal risks from potential side-effects.

Perhaps you were not aware that several big pharma companies are together investing close to $1 billion to help smaller biotechs. In July, over 20 top drugmakers announced the launch of the AMR Action Fund. Key investors in the AMR Action Fund include Dow Jones members Pfizer, Merck and Johnson & Johnson, but also Roche and Eli Lilly.

Why is developing antibiotics a big deal

The goal of this partnership is to develop between two and four new antibiotics by the end of the decade. The “AMR” stands for antimicrobial resistance. Bacteria continuously mutates and ends up becoming resistant to existing antibiotics. This mutation ends up creating the need for new antibiotics.

Until now, only Pfizer and Roche have candidates in this segment that are up to the task. Pfizer has a late-stage candidate that is targeted at the bacteria that already developed resistance to existing antibiotics. Roche is currently undergoing testing of an antibody-antibiotic conjugate aimed at staph infections.

Why it should matter to you?

Untreatable bacteria would result in a far more terrifying scenario than the one we are currently in: both in terms of deaths and antibiotic costs. Currently, around 700,000 people worldwide die due to antimicrobial resistance per year and that figure could increase to 10 million deaths per year by 2050.

Last year, the Centers for Disease Control and Prevention’s (CDC) Antibiotic Resistance Threats Report identified five microbes as urgent threats, along with 11 others that are serious threats. Studies found that up to 70% of bacteria have already developed some level of resistance to at least one antibiotic.

Midcaps are also in for the race

Abbott Labs came under the spotlight during the pandemic as it gained a sales boost for its diagnostics of COVID-19. This means Abbott could easily adapt its diagnostics systems for detecting bacterial infection. The company even has other products such as a glucose monitoring system that will drive growth both during a pandemic and an antimicrobial resistance crisis.

Other battles to be fought

Besides growing in all directions, Regeneron Pharmaceuticals’ is seeing demand approaching pre-COVID-19 levels. Its widely popular eye injection, Eyleam, brought in revenues of $1.8 billion during its second quarter. The company is waiting for approval from the FDA for its skin cancer therapy to treat other types of cancer. Studies showed Libtayo is three times more effective than existing therapies. This fact alone creates a market opportunity of $25 billion. Dupixent, an anti-inflammatory drug, is 70% effective at relieving symptoms of specific allergies and its sales increased by 70% year over year to nearly $1 billion during the quarter.

The potential of cannabinoid

GW Pharmaceuticals is revolutionizing the way to treat seizures. Epidiolex is the first FDA-approved drug that derives its active pharmaceutical ingredient from marijuana. It can treat two rare forms of epilepsy. Clinical studies showed it decreases the number of seizures by 48%. Moreover, it also recently received a regulatory label expansion to treat tuberous sclerosis. This diagnosis is the underlying cause of a tumour that affects 50,000 patients in the U.S.

Outlook – COVID-19 is not our biggest enemy

The bottom line is that besides COVID-19, there are way too many battles to be fought. And without new antibiotics, even routine infections could become deadly. The pandemic might have put the global economy to a halt, but it didn’t pause cancer and many other deadly diseases. We are still far from winning COVID-19, but there are even worse scenarios. Whether you are a fan of pharma or not, our future is in their hands

This post is based on this article by IAM NEWSWIRE.

Whether you’re looking for effective solutions to transition F2F meetings to a virtual or online environment, support with clinical trials, medical advisory boards, symposia, key opinion leader (KOL) management, internal medical training, medical writing or speaker training programs and more, count on our 15-year experience and expertise over 40 therapeutic areas. SDM also offers strategic consulting services and can help you navigate the regulatory restrictions in other jurisdictions. Discover why over 95% of clients are “Extremely Satisfied” with SDM and over 90% say the agency deliver “Much more than expected”.

SEND US YOUR CONTACT INFORMATION VIA THE FOLLOWING FORM AND
WE WILL BE IN TOUCH IN NO LONGER THAN 1 BUSINESS DAY.

Ex: if you already know you need Medical Writing services, send us that information. If you just want a comprehensive view of the medcomms solutions we provide, let that clear so the best-suited team member will be in touch with you.
September 4th, 2020|Categories: Articles|