By The National Observer 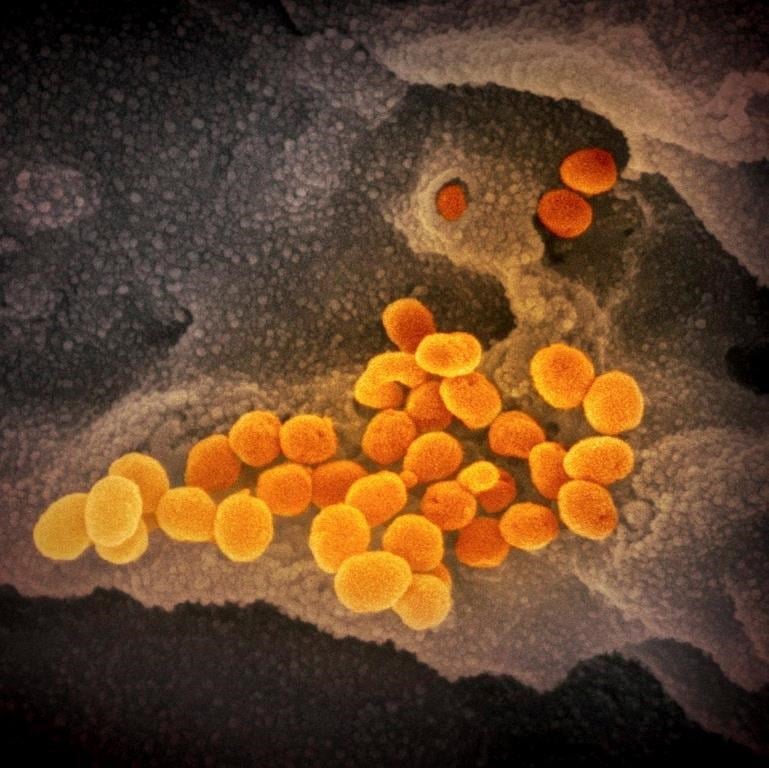 This undated electron microscope image made available by the U.S. National Institutes of Health in February 2020
shows the Novel Coronavirus SARS-CoV-2, orange, emerging from the surface of cells, gray, cultured in the lab.
File photo/AP, NIAID-RML

Researchers in the race against time to provide a proven treatment for COVID-19 will have to balance speed with scientific rigour, according to global experts.

Clinical trials for possible treatments and cures have begun around the world, including an unprecedented international study by the World Health Organization.

But the scientific gold standard to test the efficacy of new, unproven treatments isn’t always practical with new cases of COVID-19 spreading around the world.

“Things are faster and so we’re having to cut some corners,” said Dr. Srinivas Murthy, an associate professor with the faculty of medicine at the University of British Columbia.

“Given the speed at which we need to get this up and running, it’s probably a small sacrifice to make in the grand scheme.”

In ideal circumstances, medical studies follow a double-blind process, with neither participants nor researchers knowing which patients were randomly selected to receive the treatment being tested.

“Getting all that set up in the course of a week or two is impossible,” Murthy said.

For example, preparing placebos would take up precious time.

Some studies have relaxed those standards in the midst of COVID-19.

Murthy is participating in the World Health Organization’s massive international study to look into whether existing drugs can be repurposed to treat the viral disease. It’s designed to make sure even overloaded hospitals can take part.

The WHO said the study is remarkable not only because of its size, but because it was put together in only two weeks. However it is not double-blind: that is, physicians know which drug they’re giving to which patient.

Murthy said making the trial double-blind isn’t as necessary, because the researchers are measuring objective factors like whether the patient lives or dies.

“If the outcome was how they felt, for example, that might make a difference,” he said.

The WHO released guidance for researchers doing clinical trials for COVID-19, including the fact that this is no time for “methodological orthodoxy.”

Still, scientific rigour can’t be abandoned in even the most desperate times.

Earl Brown, a professor emeritus of virology at the University of Ottawa, says even in a pandemic, studies still need to meet all the usual scientific checks and balances.

“They’re likely to push it as far as they can,” Brown said.

“But you can’t use people as guinea pigs, even if you’re well intentioned.”

For example, health care providers in Canada have been warned by health and pharmaceutical authorities not to give unproven treatment to patients because the risks aren’t known.

Instead, the WHO asks researchers to consider the risks, context, and most appropriate way to get reliable data to make sure the studies are valid and useful.

The same is true of vaccine trials, which are also underway.

“The world has learned many lessons of the mass use of vaccines and there’s only one thing more dangerous than a bad virus and that’s a bad vaccine,” said WHO’s Dr Michael Ryan, executive director of the health emergencies program, at a recent briefing.

“So we have to be very, very, very careful in developing any product that we’re going to inject into potentially most of the world’s population.”

It’s not just clinical trials for COVID-19 that are impacted.

Health Canada released a statement Monday that described how all kinds of clinical trials underway may have to be adjusted as patients go into isolation and health care workers are called upon to respond to the pandemic.

“Health Canada recognizes that there may be an increase in protocol deviations during the COVID-19 pandemic,” the statement read, adding that those deviations should be documented.

Researchers are no strangers to working under such unusual conditions. Similar measures were taken to find treatments during the Ebola crisis.

In that case, the National Center for Biotechnology Information in the United States found that in some cases abiding by strict standards wasn’t even possible because of the state of the health care systems in the affected countries — not unlike many countries affected by COVID-19.

Still, NCBI concluded that studies should still strive to adhere to the gold standard as closely as possible, whenever possible.

This report by The Canadian Press was first published March 26, 2020